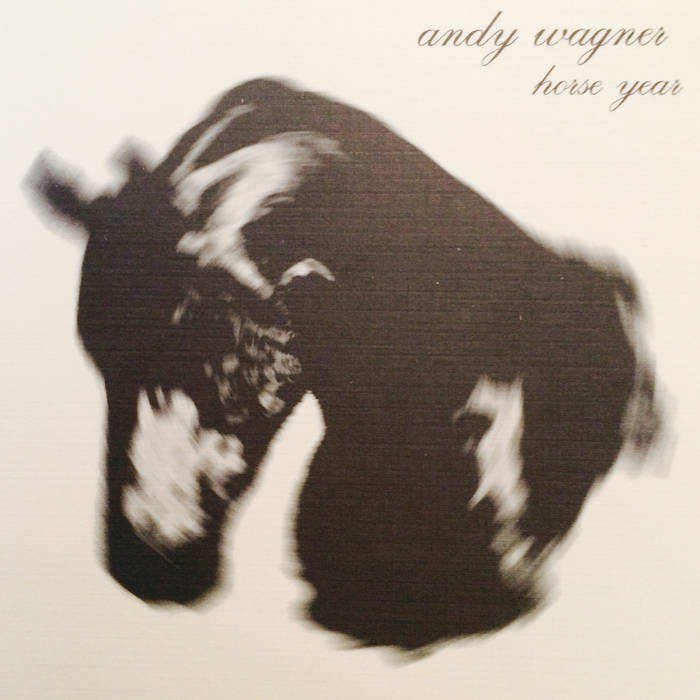 "If fallen angels need a spokesman, Andy Wagner is the man they'd seek out to speak their piece. Repentant, tragically stubborn, aspiring to rise above the dark alleys and the nightmares of memory -- these are the themes of the beautifully morose Horse Year. Here, Wagner conjures the spirits of the Old West in his steel guitar and sparse arrangements -- but it's his voice, haunted, though not without a melancholy smile, that makes the songs so compelling.

The album plays like a funeral mass, each track an ethereally-charged dirge that draws us in. "Weak in the Knees" churns to life amid a settling fog, regretful, accompanied by a church organ send-off. "Don't worry 'bout me / You can still carry on / 'Cause I'll be dead when you're gone," Wagner opines, though you might imagine this as the message of a man looking back from the next world. "Nothing to Defend" juxtaposes soaring guitar riffs and whiskey bar piano, the shadow of a gunfighter who's fallen a step slow, riding headlong into the rain in search of the next sunset. These images lend an undeniable weight and immediacy to the album, but it's the spectacularly bone-chilling, otherworldly reverberation of the pedal steel that stays with me every time I hear it. It's there in the ending wash on the otherwise-amiable cowboy ballad "This World Can Be So Cruel", and it's revisited on the album's final number, "One Key". Here it resonates beside a wind chime lullaby as we drift along the river Styx, nestled beneath the stars and blissfully at peace with the horrors and the beauty of the world.

If I were more romantic or less sane, I'd say that I get the feeling Wagner writes his songs for the dead -- for the ghosts who haunt his studio, who follow him home, drawn in by what must be his emotional whirlpool. He honors the Old West and all it stands for, the wide open spaces and spirits of the land, the loneliness of the open prairie and the choking grip of Manifest Destiny as it creeps westward, blotting out the big sky. We the living, safe in our houses and offices and cars, are the incidental audience, the ones lucky enough to hear what Wagner strums out in the dead of night." -Justin Kownacki (Splendid)

All songs written, performed and recorded by Andy Wagner with: